I would not, in the ordinary course of events have wanted to come to England, that Spring of 1966. I, Gulshan Fatima, the youngest daughter of a Muslim Sayed family, descended from the prophet Mohammed through that other Fatima, his daughter, had always lived a quietly secluded life at home in the Punjab, Pakistan.

Not only was this because I was brought up in purdah from the age of seven, according to the strict, orthodox Islamic code of the Shias, but also
because I was a cripple, and unable even to leave my room without help. My face was veiled from men, other than permitted kinsfolk, like my father and two older brothers, and uncle. For the most part, during those first fourteen years of my feeble existence, the perimeter walls of our large garden in Jhang, about 250 miles from Lahore, were my boundaries.

It was Father who brought me to England—he who looked down on the English for worshipping three gods, instead of one God. He would not even let me learn the infidel language in my lessons with Razia, my teacher, for fear I should somehow become contaminated with error and drawn away from our faith.

Yet he brought me, after spending large sums in a fruitless search for treatment at home, to seek the best medical advice. He did this out of kindness and concern for my future happiness, but how little we knew as we landed at Heathrow airport that early April day, of the trouble and sadness that waited round the corner for our family.

Strange that I, the crippled child, the weakest of his five children, should have become in the end the strongest of all, and a rock to shatter all he held dear.

I have only to shut my eyes, even now in maturity, and a picture rises before me of my father, dear Aba-Jan, so tall and lean in his well-tailored, high-necked, black coat trimmed with the gold buttons, over the loose trousers, and on his head the white turban lined with blue silk. I see him, as so often in childhood, coming into my room to teach me myreligion.

I see him standing by my bed, opposite the picture of the House of God at Mecca, Islam’s holiest place, the Ka’aba, erected it is said, by Abraham and repaired by Mohammed. Father takes down the Holy Quran from its high shelf, the highest place in the room, for nothing must be put on or above the Quran. He first of all kisses the green silk cover and recites the Bismillah i-Rahman-ir-Raheem. (I begin this in the name of God the Compassionate, the Merciful.) 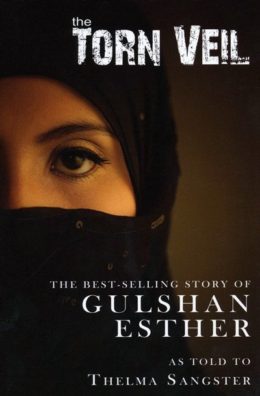